Krishna Jayanthi: celebrating my life with my Sri Krishna at Amritapuri 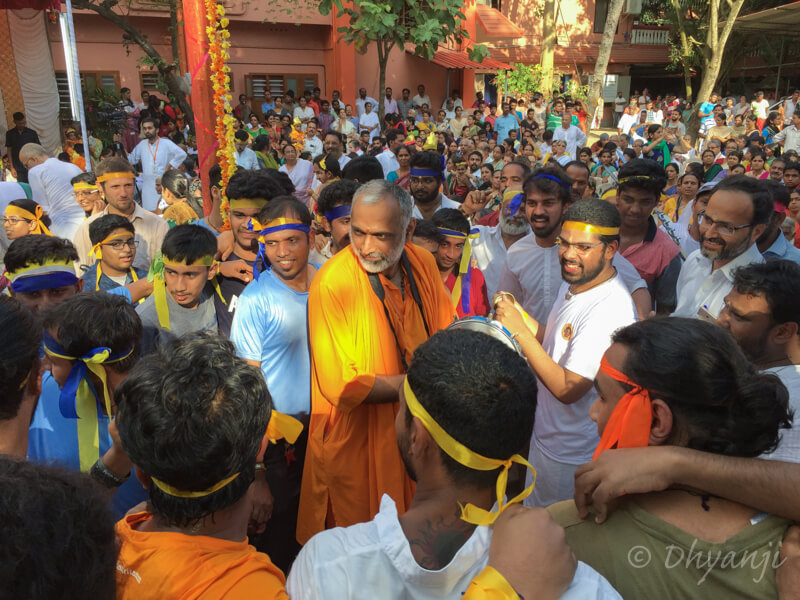 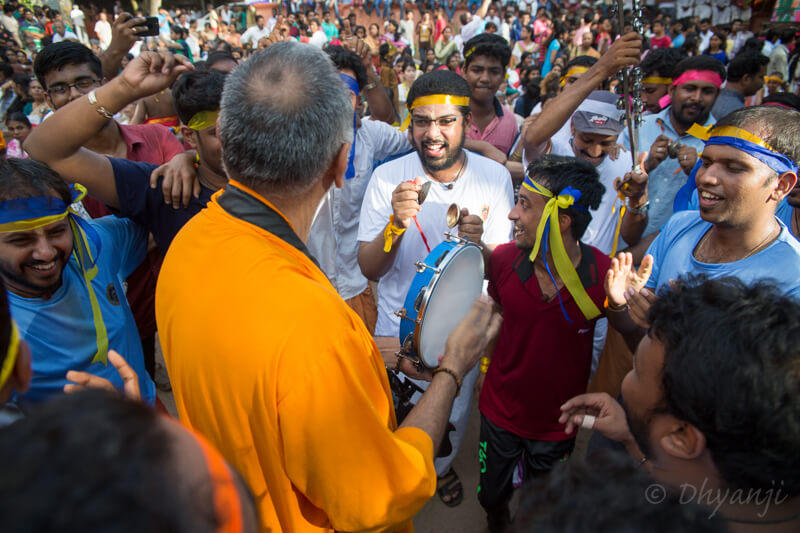 with Sri Sitaram Kedilya at Amritapuri. He has a remarkable feat of traveling 23,100 km by foot from Kanyakumari to Kashmir and back, visiting 2350 villages in just 5 years!! the journey was undertaken to know India, be Indian, and to awaken India to the status of Jagat-guru. 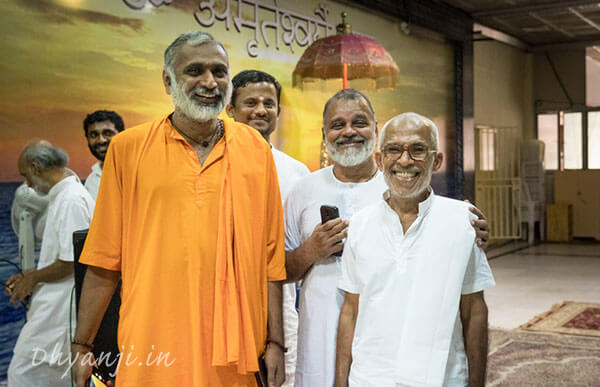 a very fruitful session with 10 and +2 students of amrita vidyalyam nagapattinam about the goal of life and goals in life; the purpose of education is learning not just earning… and discussed in detail about the challenges in implementing this in life especially when dealing with parents and teachers.

interestingly here also there is no bell, but the class functions smoothly 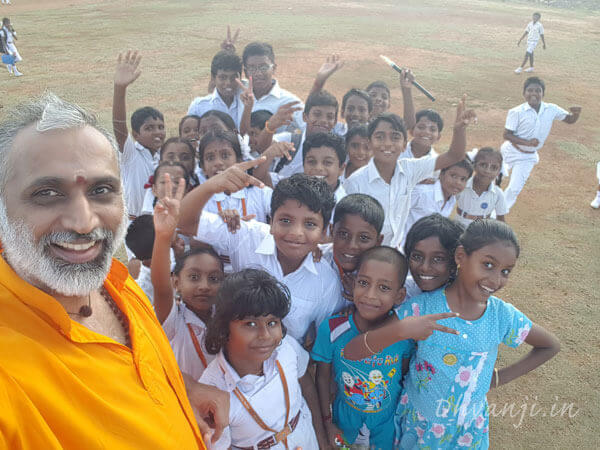 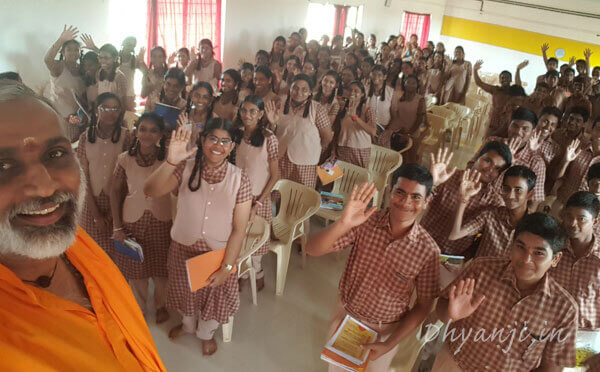 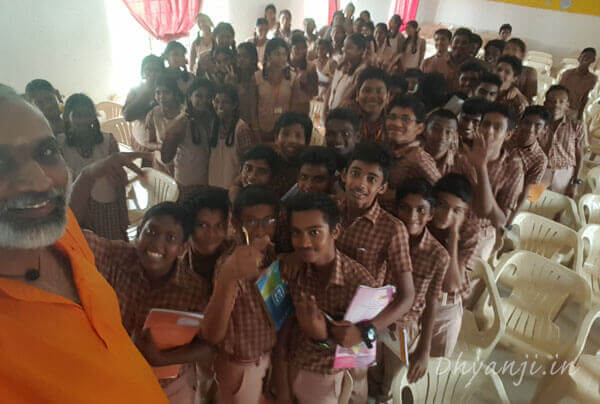 Had a very wonderful interaction with 7 & 8th standard students… what a purity and energy !! many of the 8th std students want to serve the society, till they die they want to help others, they have to realize God..

7th std is bubbling with energy, one girl what to know “who am I” ??

interestingly the school doesn’t have a bell, but still, everything goes smoothly. had a session with teachers too. they are very dedicated and wants to bring change in the life of students.. if all the teachers across the country think like this, our children will have a better future and the country will have good citizens. 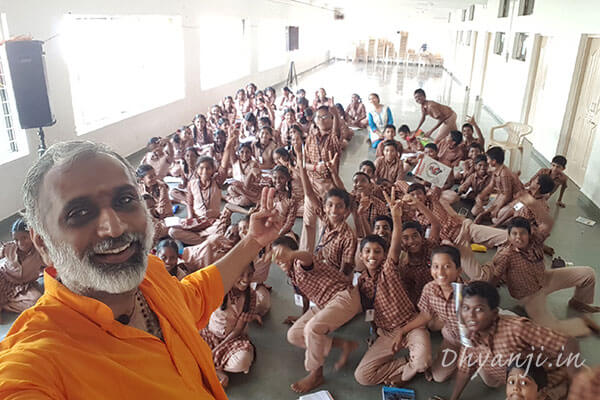 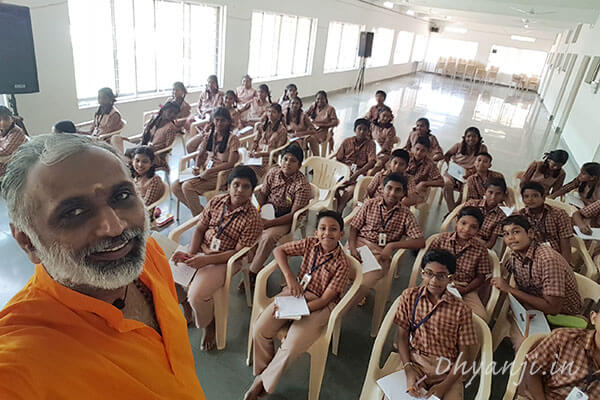 inaugurated annual cultural camp – SadGamaya 5119 – for the faculties of amrita university, coimbatore. addressed the teachers about the need to keep learning so that “learning makes you young”. discussed in detail about the indian concept of education and the challenges and erosion happening in the present system of education. 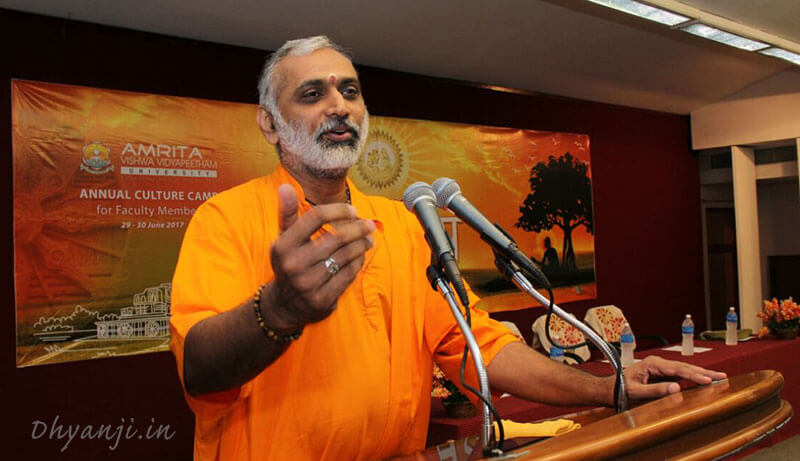 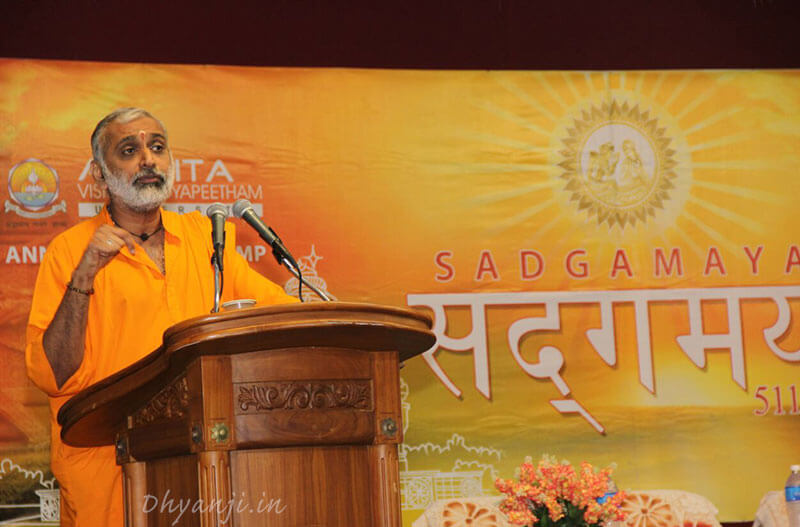 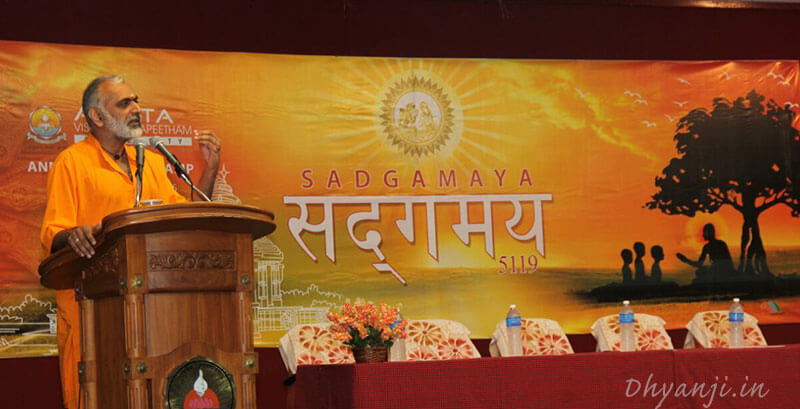 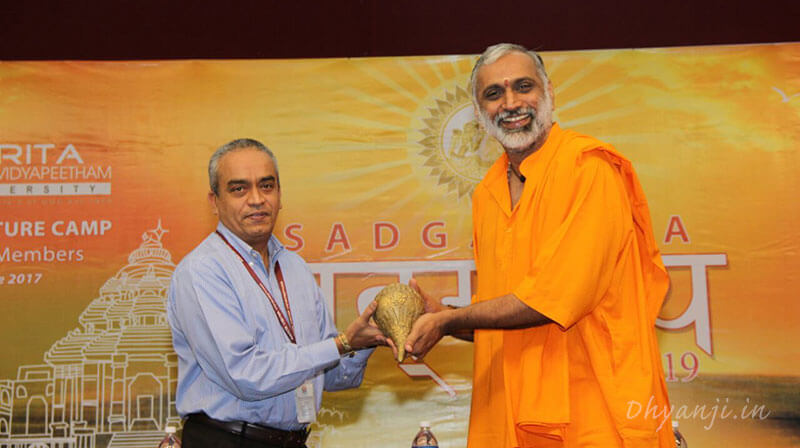 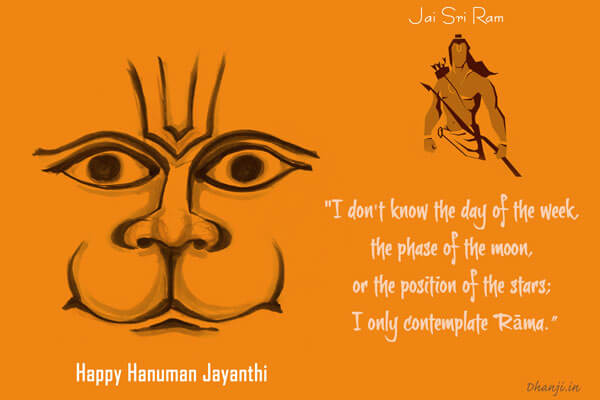 “I don’t know the day of the week, the phase of the moon, or the position of the stars; I only contemplate on Rāma.” – Hanuman

the swami you see in the picture was traveling through a city (ratlam, madhyapredesh, india) when he noticed a lot of commotion on a city street.

he stopped to see that lots of people were gathered around a black faced monkey. they were driving away and the monkey started chasing them.

swamiji asked the driver to slow down and looked out the window and said, “hanumanji, come to the ram katha today if you want.”

they did not tell him where it was or anything like that.

shortly after, they assembled somewhere for the katha and as they were doing the prayers, swamiji noticed that the same monkey was sitting in the back.

swamiji, again looked at him and said, “hanumanji” if you want to be part of the ceremony, come and sit up here on the stage, and the monkey got up and came up to the stage and sat with swamiji.

the rest of the story is described in the incredible video you see here.

the languor first went and sat near the singers and listened to the kirtan, held the mic of the Swami, got blessed by him, then “blessed” the Swamis and then sat in front of Sri Ramji’s photo and took some of the flowers (note similar position to Shri Hanumanji in the framed picture) and left quietly.

It is said believed that Hanumanji will come wherever Ramakatha is reading.

( i posted this video in 2011. the program was organised by an ashram devotees uncle)

With the daily rising and setting of the sun, life shortens.
On account of affairs heavily burdened with manifold activities time is not felt.
At the beholding birth, death, old age, and sufferings is fear produced either.
Alas! by drinking the stupefying wine of delusion the world has become mad.
– from Vairagya Satakam 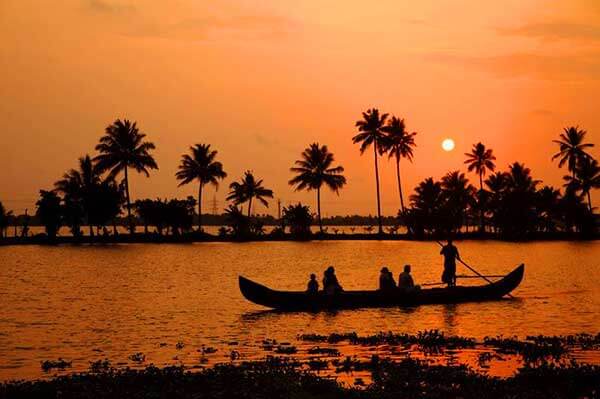 The beautiful Ajantha and Ellora Temple caves, architecture and paintings.
One of the unrecognised wonders of the world of Indian cultural heritage.
This Ellora caves should have been the icon of India’s tourism. When you read the story you will understand it.

what a Holi!! celebrated with Amma at Amritapuri
i wish if all could maintain this joy throughout our life!!
if we know…
happiness is not that comes to you from out side, but it is that come from you. 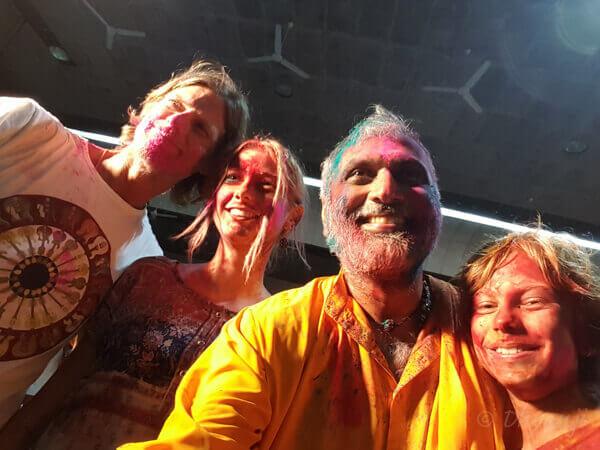 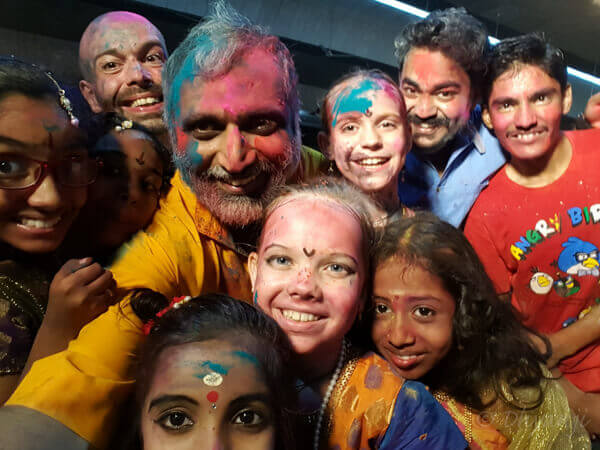 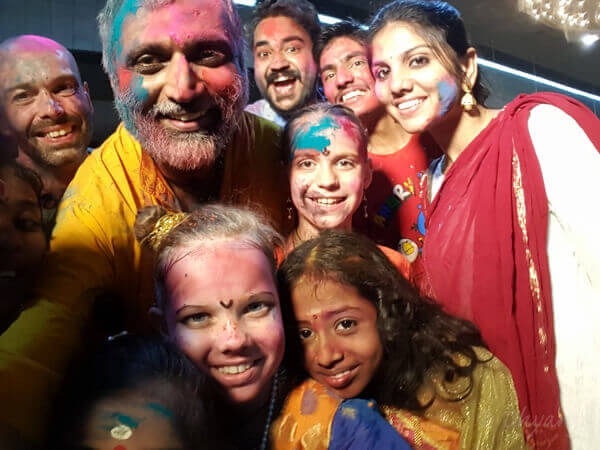 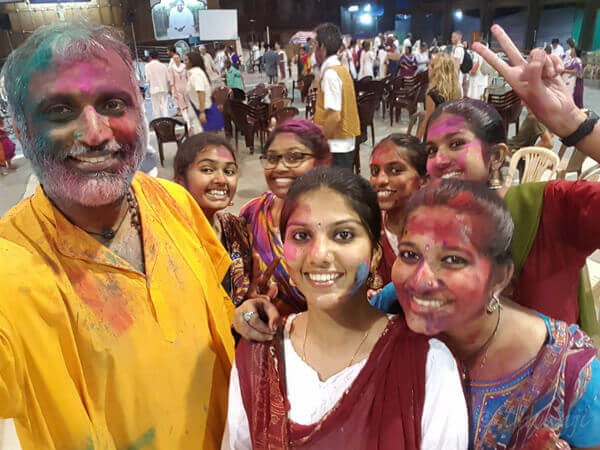 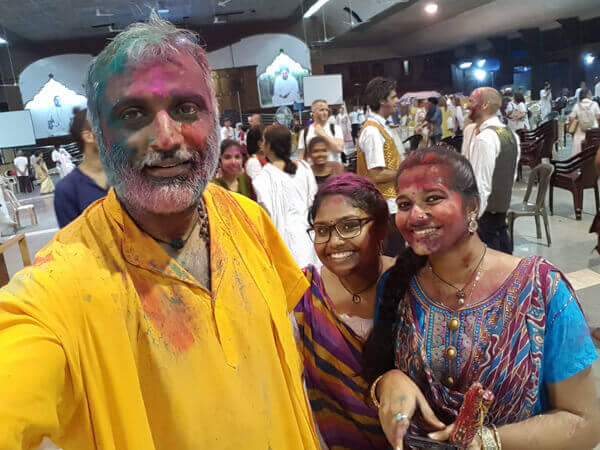 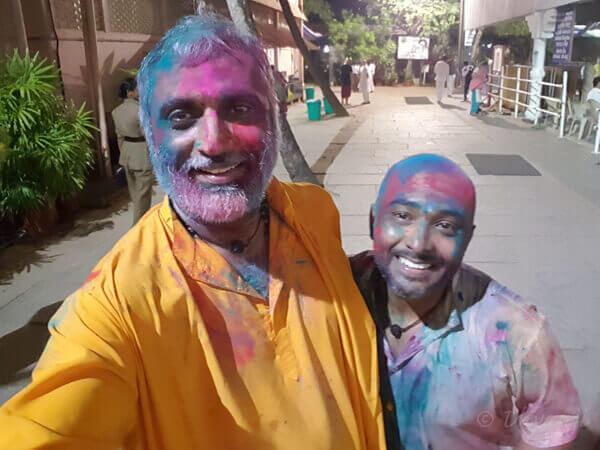 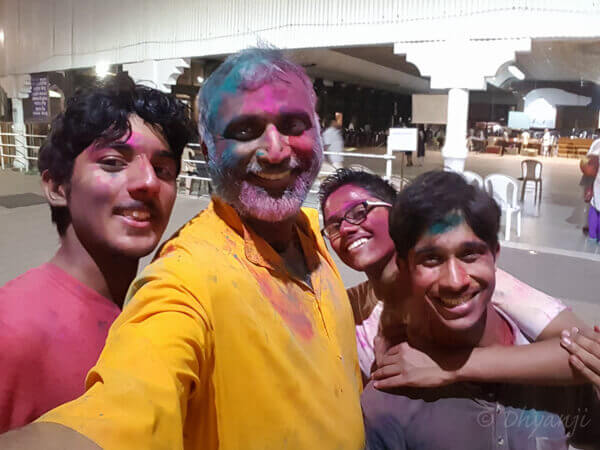 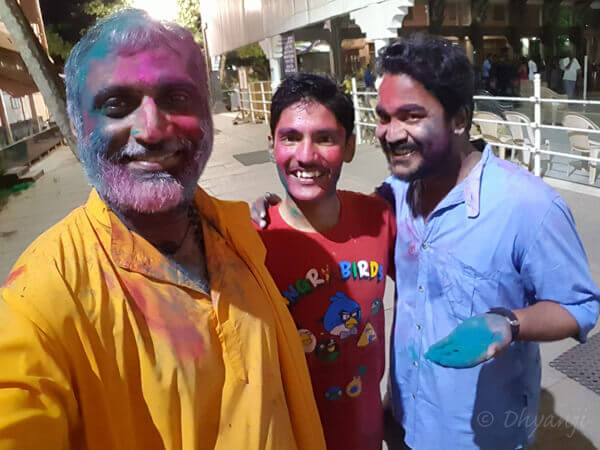